Get Elvis film’s best dialogues and Quotes and also check the best dialogues of Austin Butler, Tom Hanks from this film ‘Elvis’. It is a biographical musical film directed by Baz Luhrmann, with a story by Luhrmann and Doner. The film tells the life and career of rock and movie star Elvis Presley ( that is played by Austin Butler) as well as his relationship with his manager Colonel Tom Parker (Tom Hanks). Helen Thomson, Richard Roxburgh, Olivia DeJonge, Luke Bracey, Natasha Bassett, David Wenham, Kelvin Harrison Jr., Xavier Samuel, and Kodi Smit-McPhee are in supporting roles. The film is dedicated to the memory of The Ladd Company’s founder Alan Ladd Jr., who died in March 2022. Elvis is scheduled to release in Australia on June 22, 2022, and in the United States on June 24, by Warner Bros. Pictures.

The Story of Elvis Film

This film explores the life and music of Elvis Presley (Butler), seen through the prism of his complicated relationship with his enigmatic manager, Colonel Tom Parker (Hanks).  The story delves into the complex dynamic between Presley and Parker spanning over 20 years, from Presley’s rise to fame to his unprecedented stardom, against the backdrop of the evolving cultural landscape and loss of innocence in America.  Central to that journey is one of the most significant and influential people in Elvis’s life, Priscilla Presley (Olivia DeJonge).

The film has also some amazing dialogues which are beautifully delivered by the actors Austin Butler, and Tom Hanks, here we have collected all the famous quotes from this film, I hope, You will like my post.

“There are some who make me out to be, the villain of this here story.”

“Are you born with destiny? or does it just come…knocking at your door?”

“At that moment, I watched that skinny boy transform into a superhero.”

“Some people wanted to put me in Jail, Cause of the way I was moving.”

“They might put me in jail for walking across the street, but you are a famous white boy.” 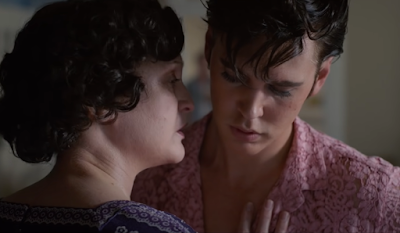 “The way you sing is God-given, so there can’t be nothing wrong with it”

“A reverend once told me, When things are too dangerous to say..Sing”

“I am gonna be 40 soon, and nobody’s gonna remember me”

“I need to get back to who I really am”

“I just gotta be making the most of this thing while I can. This could all be over in a flash.” 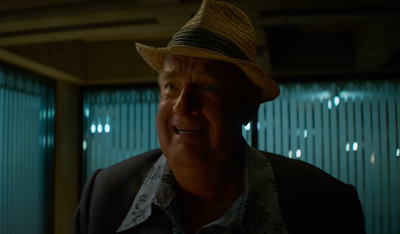 “We are the same, you and I, We are two odd, lonely children, reaching for eternity, “