Get Thor: Love and Thunder film best dialogues and quotes, It is an upcoming American superhero film that is based on the Marvel Comics character Thor. The film is produced by Marvel Studios and distributed by Walt Disney Studios Motion Pictures. It is another sequel to Thor: Ragnarok (2017) and the 29th film in the Marvel Cinematic Universe (MCU). The film is directed by Taika Waititi. Chris Hemsworth, Tessa Thompson, Natalie Portman, Christian Bale, Chris Pratt, and Jaimie Alexander are in the lead role. 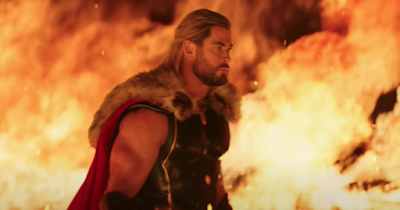 Thor: Love and Thunder are scheduled to be released in the United States on July 8, 2022. Fans are so excited about this film, The teaser of this has already been released, and received a great response from audiences and critics. Here we have collected some best dialogues from this film ‘Thor: Love and Thunder’.

“These hands were once used for battle now they are but humble tools for peace, I need to figure out exactly who I am” – Thor

“I want to choose my own path, live in the moment”– Thor

“You ever feel lost? Just look into the eyes of the people that you love”