The Wait is over! The first trailer of DC’s Black Adam has been released, starring Dwayne Johnson in the titular role. Black Adam is an upcoming American superhero film based on the DC Comics character of the same name. Black Adam is set to be released in the United States on October 21, 2022, by Warner Bros. Pictures. 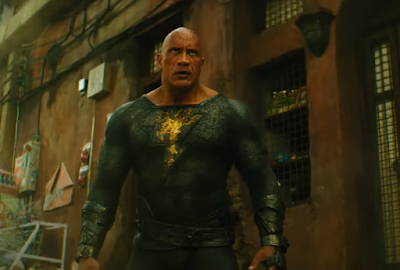 The film stars Dwayne Johnson as Teth-Adam / Black Adam alongside Noah Centineo, Aldis Hodge, Sarah Shahi, Quintessa Swindell, and Pierce Brosnan. Johnson was attached to Shazam! The story follows what happened after Black Adam was released from his earthly tomb almost 5,000 years after the Egyptian gods gave him the most powerful power and immediately imprisoned him.