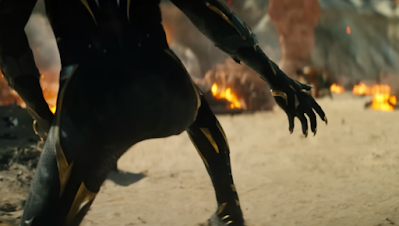 Check Black Panther: Wakanda Forever movie dialogues, and quotes, It is an upcoming American superhero film that is based on the Marvel Comics character Black Panther. The film is produced by Marvel Studios and distributed by Walt Disney Studios Motion Pictures, it is another sequel to Black Panther (2018) and the 30th film in the Marvel Cinematic Universe (MCU). The film is being directed by Ryan Coogler. Letitia Wright, Lupita Nyong’o, Danai Gurira, Winston Duke, Florence Kasumba, Dominique Thorne, Michaela Coel, Tenoch Huerta, Martin Freeman, and Angela Bassett are in the lead role. In the film, the leaders of the kingdom of Wakanda fight to protect their nation in the wake of King T’Challa’s death.  Wakanda Forever is scheduled to be released in the United States on November 11, 2022, as the final film in Phase Four of the MCU. We have collected some best dialogues, and quotes from Black Panther: Wakanda Forever film. “I am the queen of the most powerful nation in the world, and my entire family is gone…Have I not given everything?”