Get Rosaline’s film beautiful quotes and romantic dialogues, which are beautifully delivered in this film by all the actors, but here you can also find the beautiful conversation between Rosaline and Romeo, It is a 2022 American romantic comedy film which is directed by Karen Maine. Kaitlyn Dever, Isabela Merced, Kyle Allen, Bradley Whitford, and Minnie Driver are in the lead role. The film is based on the 2012 young adult novel ‘When You Were Mine by Rebecca Serle, which in turn was inspired by William Shakespeare’s Romeo and Juliet. The film was released on October 14, 2022, on Hulu in the United States, Disney+ internationally, and Star+ in Latin America.

“Rosaline” is a fresh and comedic twist on Shakespeare’s classic love story “Romeo & Juliet,” told from the perspective of Juliet’s cousin Rosaline (Kaitlyn Dever), who also happens to be Romeo’s recent love interest. Heartbroken when Romeo (Kyle Allen) meets Juliet (Isabela Merced) and begins to pursue her, Rosaline schemes to foil the famous romance and win back her guy. Here you can find all the best romantic dialogues of Rosaline.

“All this time you just wanted to steal, my boyfriend”

“I was trying to steal him back“-Rosaline

Did I have to tell you, Father? I don’t want to an arranged marriage, I want to travel the world, Be free, have adventures with someone that I actually love”– Rosaline 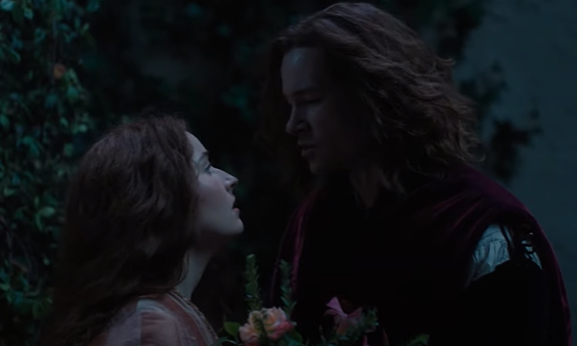 To gaze upon you is like drinking from the purest fountain.
The fairest stars in heaven do entreat your eyes. Oh Romeo
Forswear it, sight! I never saw true beauty until this night.
Uh, Romeo? Yes my love, Why are you talking like that? I, I have, I felt like it, It sounded romantic
Oh, Don’t you like it? Um, Yeah, actually, It’s kind of nice!
Then by yonder blessed moon, I vow I shall speak it.  ( Conversation between Rosaline and Romeo)